The following article was posted on Cleveland.com.

WASHINGTON, D. C. — A prominent anti-abortion activist has joined a crowded race for a redrawn congressional seat whose boundaries are likely to include much of Cuyahoga, Medina and Summit counties.

Janet Folger Porter of Hinckley has filed Federal Election Commission paperwork to run as a Republican in the 13th Congressional District. Other Republicans seeking the seat include former White House aide Max Miller of Rocky River, Shay Hawkins of Broadview Heights and Jonah Schulz of Cleveland. Former Ohio House Minority Leader Emilia Sykes of Akron has filed to run as a Democrat.

The boundaries of the district they are seeking haven’t been set. Last month, the Ohio Supreme Court rejected the state’s Republican-drawn congressional maps as an illegal gerrymander, and the state’s redistricting commission hasn’t yet produced a replacement. The district on the old map included Cleveland’s western suburbs, Akron and Medina County. The Congress member who currently represents much of that turf — Rocky River Republican Anthony Gonzalez — declined to seek re-election amid backlash from his party over his vote to impeach former President Donald Trump over his role in last year’s riot at the U.S. Capitol.

Porter said she expects the final version of the map will include Medina County, where she lives, and said she won’t relocate “to chase lines.”

She said Republican voters should pick her over the other candidates because of her long record of results on behalf of conservative causes. She says she came up with the idea for “heartbeat laws” and recruited the sponsor for a controversial Texas heartbeat bill that’s enforced by having private citizens sue abortion providers.

“I have more than 40 years of actions and results on issues of life and liberty and family,” Porter said in an interview. “That is the distinguishing factor between me and everybody else in the race.”

A campaign announcement video from Folger said she’s seeking the seat because “to fight for your liberty as hard as I fought for life.” She declared the “nation is in peril,” claiming that “our wide-open borders invite illegal drugs, sex trafficking and violent criminals.”

“Cities have become shooting galleries, while the left continues the effort to defund the police,” she said, in the video, vowing to fight “medical tyranny” by introducing legislation that would remove federal money from any state that requires “forced vaccinations” as a condition for employment, education, travel, medical education or the purchase of goods and services.

The US Mid-Term Election is in: 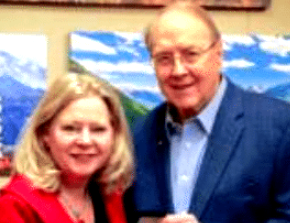 "Janet Porter is a frontline warrior whom I respect highly. She has done as much to protect the sanctity of human life as anyone I know. I'm also pleased to call her my friend." 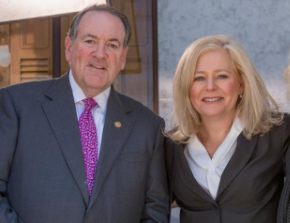 "I consider Janet Porter one of the most important figures in our culture today. You will too." 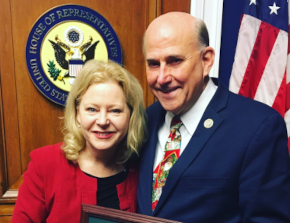 Janet developed “the greatest defensive weapon envisioned so far for protecting lives of the unborn...We should literally thank God for Janet and the team she assembled..."